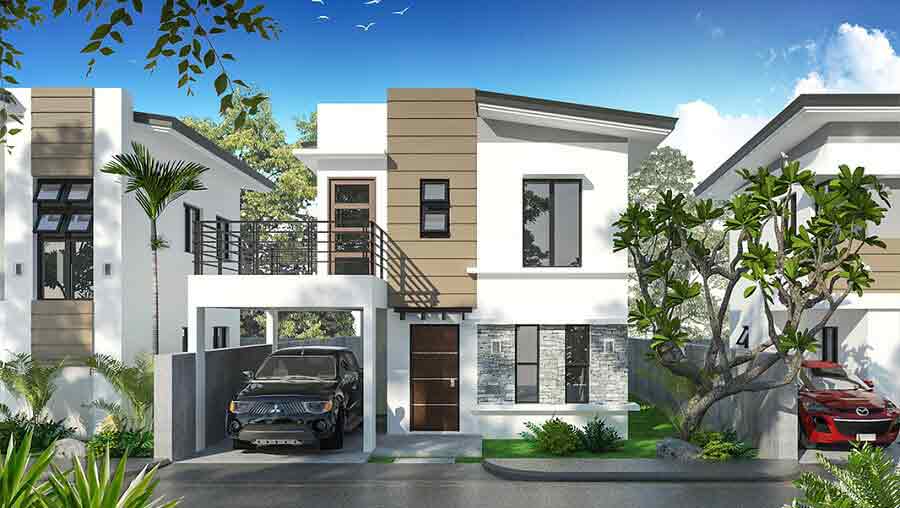 Adjudged as one of the Most Child Friendly Cities in the Philippines, Tagum is virtually safe for you and your children to live, so does inside the Suntrust Palm City Tagum, a freshly brewed residential development offering terrific houses and spacious lots in this part of Mindanao. This city is part of the Metropolitan Davao Area and one of the fastest rising economies in Southern Mindanao. Palm City will be Tagum’s most important Township under the auspices of Suntrust Properties, Inc., the nation’s leading property developer, together with Megaworld. Set in a 70-hectare of prime land located in a city where it has diversity of tourist spots, high security standards and accessibility in transport, Suntrust Palm City is certainly in good hands.

Suntrust Palm City is located in Purok Capitol, Brgy. Mankilam, 8110 Tagum City, Davao Del Norte. This location says it all, near prestigious schools, workplaces, medical institutions, restaurants, convenience stores, fast food joints, cinemas, shopping and entertainment centers, government offices and everything you need comes in handy. The site offers various house choices with lot areas ranging from 88 to 150sqm, larger than most upscale residential developments in the area. Floor areas range from 86.83 to 155.70sqm, also one of the industry’s largest.

Suntrust Palm City will make your dream home comes true amidst an exciting and natural environment where elegant Palm trees, on which the city is known for, lined up the scenery in an awesome display of nature’s bounty. The Township is set to house 3 enclaves, namely, the Bismark Palm, Royal Palm and the Phoenix Palm. The project’s enormous recreational amenities and features are also world-class while wide open spaces, parks and roads are also priorities so as not to congest the site.

Tagum City, the provincial capital of Davao del Norte in the island of Mindanao, is known by a number of nicknames that allude to the experience of living there. It is known to be the Palm City of the Philippines, the City of Festivals, the City of Parks, the Music Capital of the South, the City of Perfect Harmony, and finally, the City of Golden Opportunities. All these wonderful nicknames simply illustrate how progressive, dynamic, and exciting Tagum City is becoming in the last couple of years.

The city of Tagum is strategically located in the southern tip of Davao Del Norte, sharing a border with the bountiful Compostela Valley. Tagum is also located by the Davao Gulf, offering its residents urban resort living at its finest. Three of Mindanao’s major road networks pass through this city, such as the Davao-Bukidnon Road, the Davao-Mati-Agusan Road, and the Phil-Japan Friendship Highway. As a result, the city is interconnected to Mindanao’s major cities, including Davao City, Mati in Davao Oriental, Butuan in Agusan Del Norte, and the provinces of Surigao.

Tagum City was once a primarily agricultural town, offering Filipinos and the rest of the world a wealthy bounty of crops from its abundant soil. Such crops include high-quality rice varieties, coconuts, lanzones, export-quality Cavendish bananas, and the pungent-smelling yet incredibly delicious durian. Recently, however, Tagum City is fast becoming an economic powerhouse in the region, with a good number of commercial and residential developments. In fact, the city has been named as one of the most livable cities in the entire country, thanks to its laidback charm and progressive developments.

Tagum City is now one of the most attractive cities for a growing number of Filipinos—especially those with growing families who want a safe and comfortable, yet dynamic life outside of Metro Manila. This Davao del Norte city has also been named as one of the most child-friendly cities in the Philippines, which means that everything the city has to offer—from quaint residential neighborhoods, lifestyle and leisure destinations, natural resources, and of course, premier educational institutions—are conducive to raising children.

Recognizing this growing market, Suntrust Properties Inc. has launched a 27.7-hectare housing development in Tagum City called the Suntrust Palm City. Located in Purok Capitol, Barangay Mankilam, this residential development offers all the convenience of city living to its residents while still providing a safe, secure, and thoroughly enjoyable community. This specific location was chosen by the developers to ensure that their residents will have convenient access to topnotch educational institutions, offices, restaurant and dining destinations, shopping malls, movie houses, recreational centers, and health care institutions. Furthermore, the development itselfwas designed to offer comfortable, relaxed living that perfectly reflects the charm of Tagum City.

Suntrust Palm City is a cluster of three residential enclaves, which are called Phoenix Palm, Royal Palm, and Bismark Palm. This sprawling Township will definitely be a crowning jewel in this highly livable, child-friendly city.

Interested buyers and investors will find several model options available. The first one is the Abigail model, a two-story structure with three bedrooms, separate kitchen and dining areas, a spacious living area, a toilet and bath, and a single-vehicle carport. This unit boasts of a total floor area of 86.63 square meters, and sits on an 88-square meter lot.

The second one is the Bridgette model, a two-story single-detached unit that comes with three bedrooms, a toilet and bath, separate kitchen and dining areas, a spacious living room area, and a single-vehicle carport. This unit clocks in at a total floor area of 90.65 square meters and a total lot area of 120 square meters.

Finally, there is the Cathleen model, a two-story single-detached unit with a total floor area of 155.70 square meters on a 150-square meter lot. This model comes with three bedrooms, three toilets and baths, separate kitchen and dining areas, a spacious living room area, a guest room, a family room, a beautifully designed porch, and a single-vehicle carport.

Aside from beautifully designed single-detached home models, Suntrust Palm City also offers its future residents to build and make their dream home with nature surrounding them. Tall and sturdy palm trees will surround this calm and relaxing enclave to make for a community that blends harmoniously with nature. In fact, Suntrust Palm City is named after one of the most ubiquitous trees one will find in Tagum City: palm trees!

To complement the crisp, modern architectural style seen in the house models, the developer has thoughtfully designed the sprawling subdivision to feature wide open spaces, lush tropical greenery, parks, and playgrounds where future residents can savor the great outdoors and fresh air.

Suntrust Suntrust Palm City in Tagum City, Philippines is a premier House & Lot project available for sale. If you're looking to rent or purchase Suntrust Palm City, then check here first. We have full details of Suntrust Palm City updated regularly as well as everything you need to know about the availing and booking process, broken down into stages that includes selecting a unit, choosing a payment plan and buying your dream home at the right price. For price list, free site tripping or showroom visit, personalized service, model house, unit plans, floor plans, payment terms, CHAT LIVE with an agent 24x7. Always only buy from PRC licensed Real Estate Brokers and Agents.

Why Invest In  Suntrust Palm City

Suntrust Palm City will comprise a total of 1,248 house and lot units with similarly distinct designs. Having modern model houses, Palm City offers three model houses to its ever increasing number of clients.

Within the total area property, 26.7-hectare will be dedicated for residential use while one hectare will be for the two commercial buildings. The remaining land area is reserved for future expansions. Investors shall have a grand time on their way to the bank after a short period of time as the property they will be buying today is sure to appreciate tremendously much higher as the project undergoes further developments.

Having Suntrust and Megaworld at the helm, Palm City is sure to drive home the bacon with its residents as the development is totally sustainable and really reliable.

Aside from being host to various first-rate schools, giant malls, prestigious hospitals and other service establishments, the city has developed infrastructures to host an ever growing demand for modernization and economic activities.

Local utilities for water, electricity, telecommunications and other major services are efficiently delivered without let up. Road networks inside and outside the city is one of the most developed in Mindanao, giving transport system the most efficient in the region. These are just some of the ingredients necessary to conduct lucrative business in the city especially if you live next to it at the Suntrust Palm City.